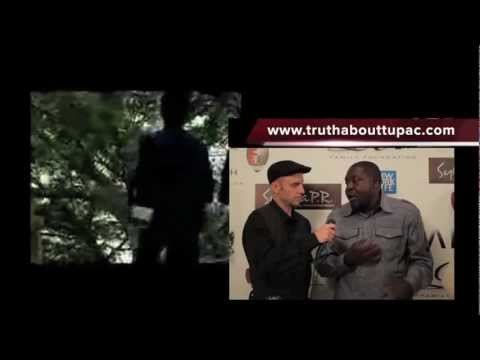 Before “Tupac Shakur” (born Lesane Parish Crooks) was rapping with the name “2Pac”, he was rapping as “Mc New York” with “Ray Luv” together they were “Strictly Dope.” Leila Steinberg was managing them at the time, and “Tupac” went on to become “2Pac” and his debut single was “Trapped.” Here, at the Grammy Party event 2012 at Andaz West Hollywood, Ray tells the story of Tupac picking “Trapped” out of the trash can and making it his first single. Ray also addresses the mythology of Bruce Lee to him and Tupac during that time, this was a dope interview. Shouts out to GoatHouse Productions Dj Kuhnex for hooking up the footage and the whole team putting on the Andaz event: Sylvia, Femdouble, Darris Love, and others (you know who you are). Be sure to follow us on twitter @TruthAboutTupac and spread the word: become a member at www.TruthAboutTupac.com