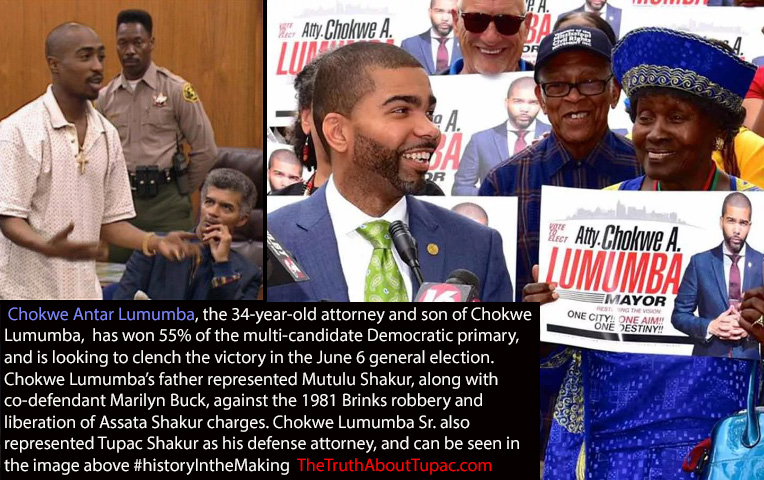 Radical Activist Chokwe Antar Lumumba nominated to Be the Next Mayor of Jackson, Mississippi.

“[The] struggle does not cease and so we’re constantly in the battle of how we create self-determined lives for people. And we believe in human rights for human beings and you cannot support human rights if you’re not prepared to support workers’ rights. And so, we live in a world where you have so many with so little and so few with so much. And so, we’re trying to change that dynamic right here [in Mississippi]—we want to change the order of the world.” – Chokwe Antar Lumumba

Chokwe is the son of Chokwe Lumumba, the legendary Southern attorney who represented Mutulu Shakur, as well as co-defendant Marilyn Buck, in the 1981 Brinks robbery and liberation of Assata Shakur charges.  He also represented Tupac Shakur during many of his trials and later served as mayor of Jackson until his death in 2014.

Chokwe Antar just won 55% of the multi-candidate Democratic primary, which included the incumbent mayor. He is now set to win the June 6th general election, and has an openly activist agenda, highlighting his support of the Coalition for Economic Justice as well as the Malcolm X Grassroots Movement. “Chokwe Antar’s deep-seated commitment to his community expands beyond his career,” as he was “a founding member of the Mississippi Human Rights Collective”, and he co-organized the ‘Stand Up to Take It Down’ rally at the State capitol to support the removal of the confederate insignia from the Mississippi State flag.” LumumbaForMayor.com

and to learn more about Chokwe’s father and his radical legal history check out National Conference of Black Lawyers /CHOKWE LUMUMBA: A LEGAL BIOGRAPHY